Each year our group of 50 industry experts select the ten best indie games in regard to gameplay and overall fun-factor. 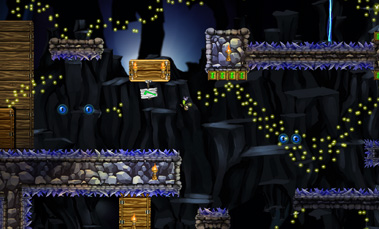 Antichamber is a game about discovery, set inside a vibrant, minimalistic, Escher-like world, where geometry and space follow unfamiliar rules, and many obstacles are a matter of perception. Journey through the depths within a non-Euclidean labyrinth, as you create, destroy and manipulate matter, and uncover new ways to overcome your surroundings in this mind-bending psychological exploration game. 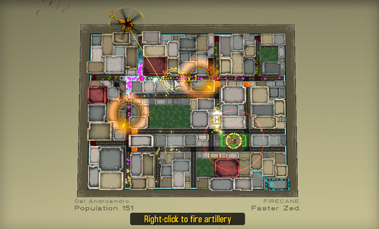 Take strategic command of your mercenary forces in Atom Zombie Smasher. The zombie apocalypse is upon us and it’s up to you to evacuate everyone before they fall prey to the undead. 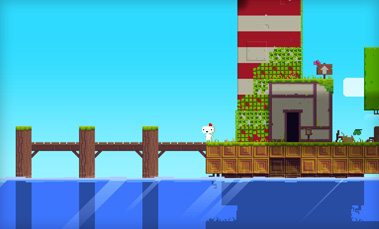 Gomez is a 2D creature on a voyage of discovery into the mysterious 3rd dimension. Change your perspective and look at the world in a different way. 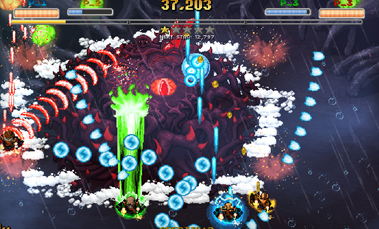 Jamestown: Legend Of The Lost Colony is a neo-classical top-down shooter for up to 4 players, set on 17th-century British Colonial Mars. It features all the intensity, depth, and lovingly handcrafted pixels of a classic arcade shooter, with a modern twist: deeply-integrated cooperative gameplay.

Unlike most top-down shooters, which give multiple players a shared pool of lives or continues, Jamestown does something different. So long as any player survives, the team can be brought back from death. By giving every player the power to rescue their team from the jaws of destruction, Jamestown creates an exhilarating cooperative experience where everyone’s contribution truly matters. Win or lose, your team will do it together. 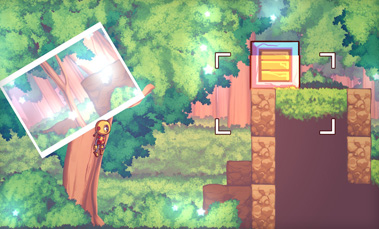 Take control of Pic, the robot camera built for a single purpose: capture and collect a mysterious energy scattered throughout a beautiful but dangerous land…

What if a camera captured more than just an image? In “Snapshot”, that’s exactly what Pic’s camera does. It actually absorbs objects into photographs, removing them from existence! Paste one of your pictures back into the world and see all of your captured objects come tumbling out.

Capture even the most unusual objects: doors, light, even copies of yourself! Travel through five unique worlds, collect beautiful and elusive objects, and overcome the most challenging puzzles. With tons of objects to be photographed, there’s never just one solution.

Boasting a new physics engine, objects now caught in motion, continue in motion once they’re pasted. Can’t quite reach that button on the ceiling? Capture a falling rock and paste the photo upside down, sending the rock hurtling upwards!

As you’ll soon find out, sometimes a picture is worth so much more than just 1,000 words. 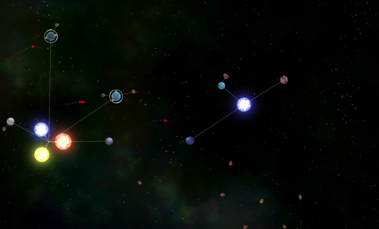 In most games you see stars in the background, you shoot asteroids or you live on planets. But in Solar 2 you ARE these objects! Enter a universe where you must prove yourself to the resident god-like figure by doing its many bizarre and varied tasks. Or just ignore it and see how big you can grow! Solar 2 is an open-world, sandbox game set in an infinite abstract universe. Play constructively: grow your system, nurture life on your planets and attack enemy life in huge space battles. Play destructively: crash into other objects and cause chaos, use your orbiting objects like wrecking balls, steal planets from other systems. 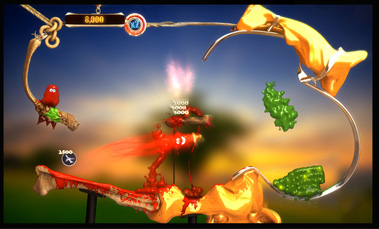 Splatters (formerly known as Confetti Carnival) is a completely original physics-based, action-packed, gameplay experience. In the game, you play a group of semi-suicidal, liquid filled Splatters, that you slam against walls making their liquid burst out and ignite colorful confetti bombs.

But it’s not just about clearing out the bombs - Splatters get their kicks by blowing up with STYLE!

Splatters are masters of acrobatic maneuvers and aren’t shy about showing it! You crash into spikes, ride the slides, Air-Strike into bombs or do just any stunt-combo you can think of. And with every new maneuver you learn - your show becomes more spectacular and intense.

Splatters is the best show in town - It’s a one-of-a-kind game, fully-packed with fun, challenges and surprises. 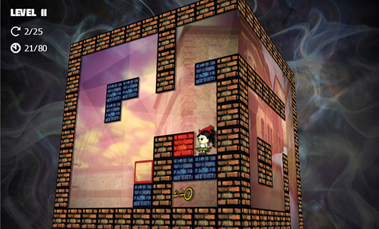 Vanessa Saint-Pierre Delacroix & Her Nightmare is a 2D platform game mapped to a 3D cube. Players control Vanessa, a young girl with a penchant for puzzles. One day, while exploring her father’s antique shop, she discovers a mysterious, mechanical box. The device magically sucks Vanessa and her world inside. Now, Vanessa must use her considerable puzzle-solving skills to twist and turn her way to freedom, in this award-winning game from independent developer Bad Pilcrow.

Across more than three dozen levels, players must guide Vanessa from her starting position to an exit. Standing between Vanessa and freedom are a number of classic platforming mechanics, including spikes to avoid, blocks to move, and enemies to dodge. The twist? Her two-dimensional world lies on the surface of a three-dimensional cube, and players must rotate each face to find clever solutions to a wide variety of problems. 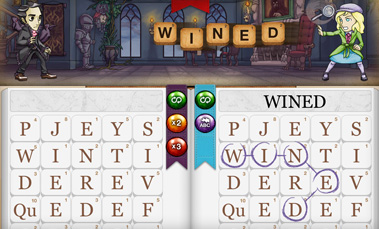 Word Fighter is a one-on-one word battling game that mixes rules from popular word games like Boggle and Scrabble and wraps them around a competitive fighting environment. Think “Street Fighter” meets “Words with Friends”, or word games mashed together with “Super Puzzle Fighter”.

Word Fighter will feature 6 playable characters at launch, each with their own set of unique powers. Game modes include local & online real-time multiplayer battles, as well as asynchronous turn-based word matches. Most importantly, the game will feature cross-platform gameplay—iOS vs. Android.

Word Fighter is scheduled to release on iPad, iPhone, & iPod Touch devices later in 2011 and on Android devices soon after.